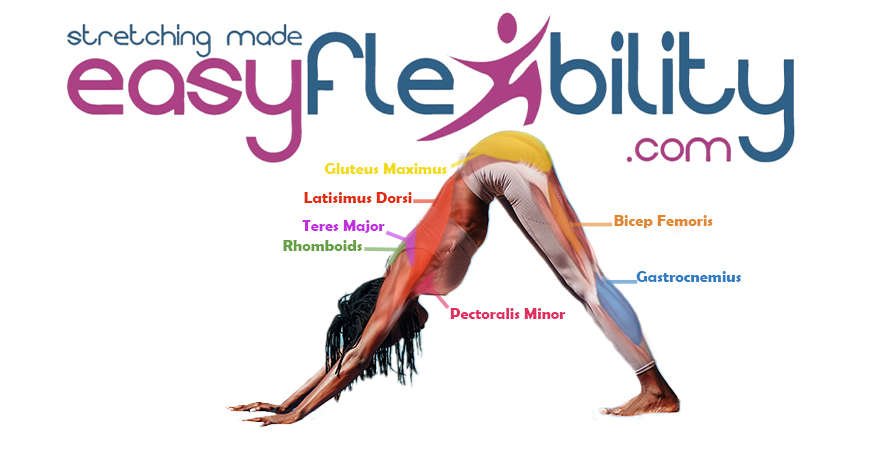 Now I just want to make a point that there are people at different levels of flexibility. And it might be, for the lack of better word, funny, to one person as to why someone is practicing a whole program on how to do a Downward Facing Dog. But for another person who is not very flexible, they need quite a lot to master the Downward Facing Dog. Especially because there are so many muscles involved and so many joints. Every person is different and has different levels of flexibility. For some Downward Facing Dog may be super easy and for others it may be the most difficult pose yet. Just like one person can do many pull-ups and think of it as no big deal. Another person would be very happy when they finally can do one pull up.

This student is tracking her progress with our Stretch180 App. The Stretch180 app is a tool that we have developed to help track your flexibility progress by showing you exactly how many degrees you have progressed at any given moment in time. Because she is using this app, she can see the degree of her Downward Facing Dog flexibility and thus got curious if the position of her Downward Facing Dog is at an optimal angle.

Downward Facing Dog or Adho Mukha Svanasana is a very common yoga pose. Many styles of yoga use this pose to rest or connect to other asanas. This pose has a wide range of benefits. From calming the mind to relieving tension and mood swings. From improving digestion to relieving headaches. 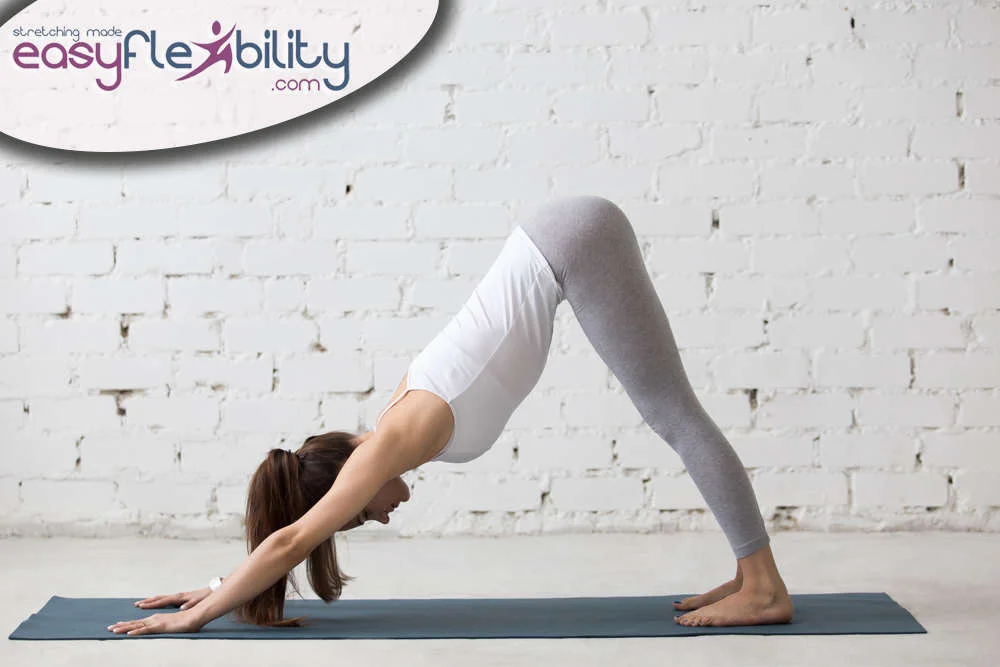 While I cannot give an exact ideal angle for this pose. I can say that when we were putting together the Downward Facing Dog program, we looked at students of different flexibility levels. And we noticed that students who are at the level where they can do the perfectly and by perfectly, I mean a straight line between the arms and torso, straight torso, straight knees, heels on the floor, etc., had the angle at their hip between 70 and 75 degrees. Some people’s angle of the Downward Facing Dog was 70, 71, very rarely someone’s angle was below 70 and almost no one was above 75 degrees. 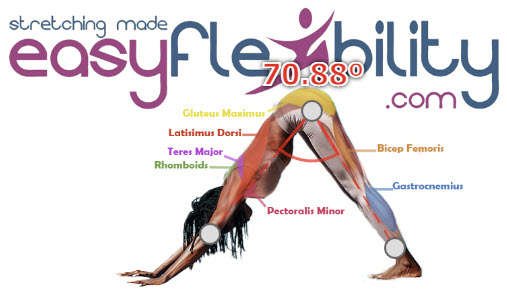 There was one very interesting case of one gentleman who's angle was 83 degrees. And this was a largest angle which was way out of norm and this is what happened with him. He lacked hamstrings flexibility, so he needed to open up his hip angle. Again, when I refer to an angle I mean the angle of the hip, not the shoulders, wrists, or ankles, but the hips. So, he has been practicing yoga for a very long time but had issues with his hamstrings flexibility which got slightly better over a long period of time, but he was still having issues with his hamstring’s flexibility. However, his ankles were very flexible. When you look at dorsi flexion of the ankle, you expect about 20 degrees, some people get about 25 degrees, his was above that. Unfortunately, I don't recall the exact angle which he had in his ankle but I do recall his hip angle which was 83 degrees.

In the Downward Facing Dog position, he did not exhibit hyper range of motion in any other joint. His elbows were straight. His shoulders were 180 degrees. And his knees were straight. The only hypermobility was in his ankle.

He told me that as a child he was involved in track and basketball when there was a lot of stretching and strengthening of the ankle. He also told me he was into bodybuilding, where he did a lot of a calf exercises going through full range of motion. His favorite exercise was to stand on a staircase and do toe presses. One leg at a time, with his heel dropping below the level of the toes with additional weight for resistance. In the EasyFlexibility system an exercise like this is known as Isolated Extended Length Conditioning exercise for the ankle.

When he became older, he began doing yoga and eventually started practicing EasyFlexibility. But in his yoga training when doing a Downward Facing Dog, he noticed that his hips were tight, his hamstrings were tight, and he needed to open up the angle of the hips. In other words, walk the hands forward. While for most people doing this would result in heels coming off the floor, in his case this did not happen because he had great range of motion in his ankles.

I have seen dancers with very flexible ankles especially the ones who were able to get very deep in a Plie position while their heels would stay on the ground. I haven’t done a study on this, but my assumption would be that they would have very flexible hamstrings. Thus, if they were to do a Downward Facing Dog position they would not need to open up their hips and take the flexibility from their ankles, thus keeping the flexibility in their hips in the 70 – 75 degree range.

The reason that we recorded the Downward Facing Dog is precisely because many were struggling with getting their heels on the floor, extending the knees and being able to get the shoulders a straight line.

And while it's perfectly accepted in yoga schools not to do a full technique or do some kind of an adoption or modification, for example the knees can be bent, heels lifted off the floor, etc., Most people want to be able to do a Downward Facing Dog technique as they see demonstrated by their Yoga instructor.

Downward Facing Dog or Adho Mukha Svanasana is a very common yoga pose. Many styles of yoga use this pose to rest or connect to other asanas. This pose has a wide range of benefits. From calming the mind to relieving tension and mood swings. From improving digestion to relieving headaches. What is the best one hamstrings stretch?

Paul, just give me one good stretch for the hamstrings! That I can use with my students. This is a question that I go...
Read More Hamstring Stretch Goals - HOW FAR SHOULD YOU GO? Can My Hamstrings Get Flexible Without Stretching?

I heard that you can get your hamstring flexible without stretching it. Is that true? Many people are interested in t...
Read More Your students don't have to be flexible to do yoga. But if you don't give people what they want, they will leave.